103
103
If you have anything else to say or suggest about the hospital, the Army or your future plans, write it here. 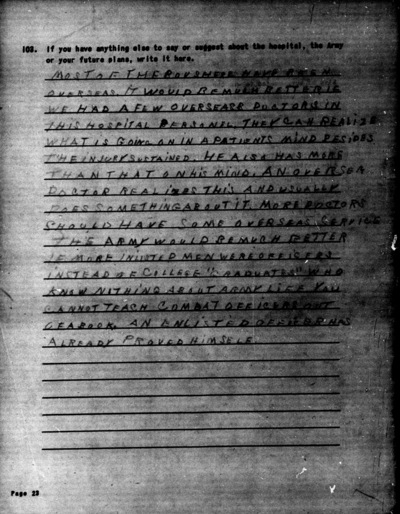 Most of the boys here have been overseas. It would be much better if we had a few overseas doctors in this hospital personel. They can realize what is going on in a patients mind besides the injury sustained. He also has more than that on his mind. An oversea doctor realizes this and usually does something about it. More doctors should have some overseas service. The army would be much better if more inlisted men were officers instead of college "graduates" who know nothing about army life. You cannot teach combat officers out of a book. An enlisted officer has already proved himself.