Attitudes in One Division

118
118
If you have any remarks to add to this survey, please write them here just as fully as you like: 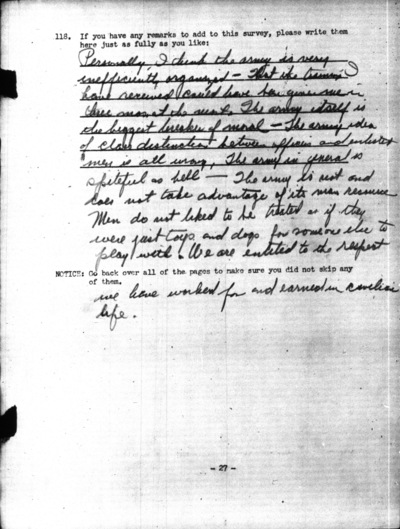 Personally, I think the army is very inefficiently organized - That the training I have received could have been given in three mos. at the most. The army itself is the biggest breaker of moral - The army idea of class distinction between officers and enlisted men is all wrong. The army in general is spiteful as hell - The army is not and does not take advantage of its man resource[.]Men do not liked to be treated as if they were just toys and dogs for someone else to play with. We are entitled to the respect we have worked for and earned in civilian life.